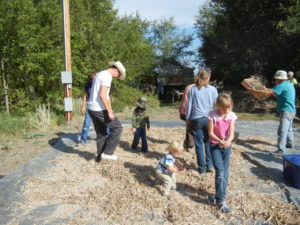 Hands on seed growing, harvesting and cleaning classes will be offered by LEF at its home on Meadowlark Farm in Scottsbluff, Nebraska, on Saturday September 1. They will be followed by the Sxth Annual Labor Day Seed Festival, which will be a celebration for everyone, on Sunday and Monday September 2 and 3.

The Festival will wrap up a three-year project funded by the Nebraska Department of Agriculture (NDA) Specialty Crop Block Grant Program, which provided local and regional growers with training, on-farm consultation, and access to equipment in the production of organic vegetable seed. As a specialty crop that is particularly suitable for Western Nebraska growers, the capacity to produce organic seed for certification and sale both meets a desperate need for other organic growers and diversifies farm production and income for the operation growing the seed. 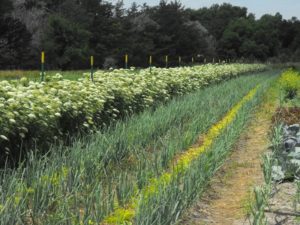 Thanks to the support of the NDA, LEF was able to train over 200 participants in local and national workshops and conferences, and to intensively mentor ten growers in developing their seed-growing business from locations as diverse as New York, Wisconsin, Iowa, and Colorado, as well as two apprentices who worked at Meadowlark Hearth Farm for a year.

Events sponsored by the grant include:

Thank you for your support!

There are no upcoming events at this time.

Donate to the Future of North American Agriculture!

A licensed kitchen, to complement the development of space for community and education events, to add value to farm products, and to share with the wider community. (Please contact LEF for more information on this exciting project.)

With your support we’ve completed two of our projects: Completed the purchase of the 140-acre Richard Everett Nature Preserve and The purchase of a seed cleaning machine,  See here for more details.

The Mission of the Living Environment Foundation is to cultivate diversity in soil, seed, and community through ecological stewardship and biodynamic agriculture.